Learn What Hedging Is, And How To Make It Work For You 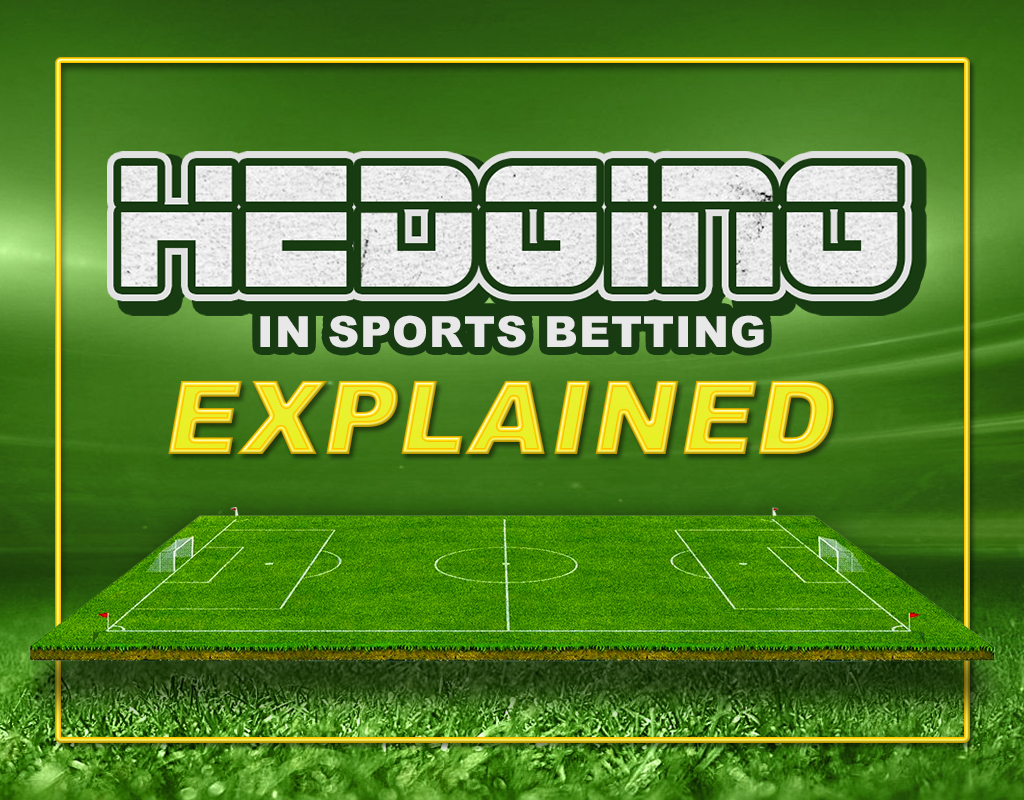 When hedging something, you protect it against intruders or other harms by surrounding it with a fence (usually made of growing bushes or shrubs). That’s the most direct dictionary meaning of the term. It is an important term in entrepreneurship/business investment as well. A hedge investment is a venture made to reduce or offset the risk of loss due to adverse business outcomes affecting the main investment or an asset.

In sports betting, whether for fun or serious money-making, one must know how to minimize the potential for loss while maximizing profit potential. After all, how else can one make a success of betting, right? Hedge betting is one of the best betting strategies to help you achieve this.

So, what exactly is hedging?

In the context of sports betting, to hedge your bet is to place a secondary bet on a different, contrary outcome of the same event. A tennis example of that is placing a bet for both players to win the same match. In soccer, that would mean backing both teams to win the game. Nonetheless, it has to be considered that soccer has a third potential outcome – a draw – which is what the ‘X’ in 1X2 represents.

Hedging can seem a rather nutty betting strategy to a novice punter, but experienced punters know it is a pretty cool tactic. That’s especially when applied in one of these situations:

1. Hedging because you’ve changed your mind about a wager you’d already placed

Let’s consider a popular soccer market like this one:

Say you had already backed Man City to beat Arsenal at home with $10. But then something drastic suddenly happens, which leads you to believe that you picked the wrong option. Sergio Aguero (Man City’s top goalscorer) suffers an injury in the buildup to the game. Or the club suddenly fires Pep Guardiola (Man City head coach) one or two days before the match, leaving the team in disarray. Either way, you now believe that Arsenal will win. You could opt to hedge your initial bet by placing a second bet, say $3, on Arsenal. If your first choice Man City goes on to win, it would mean a profit of [$18 minus $13 (total stake on both)] = $5.

If your second choice Arsenal won the match, it would mean a loss of [$13.8 minus $15 (staked on Man City)] = -$1.2. This would mean that, as a worst-case scenario, you stood to lose a maximum of $1.2 instead of a whole $10. Note, however, that for your hedging to be profitable as per this example, you would have to have been absolutely sure that a DRAW was not a potential outcome – and been right!

2. Hedge betting because you realize you made a mistake in the wager you already made

We are in 2020, but some bookies still have no structure that allows a punter to easily, if at all, retract a wager made by mistake. Whether that’s due to technical errors with their apps or web portals or simply because you choose the outcome you didn’t mean to, hedging can be a good way to offset a likely loss or at least minimize it. Similar to No (1) above, the concept is to place another bet on an outcome contrary to the one you chose in the initial bet.

3. Hedging because you realize you have a chance to assure a profit based on a wager you’ve already made

This is an opportune moment that does not come too often in a punter’s career. When it does, however, experienced punters can use hedging to absolutely beat their bookie. Let’s use a simple tennis scenario for this one:

Say you placed $10 on Humbert to win, and $50 on Fognini. The potential results would be as follows:

As we’ve said before, this is not a chance that comes often, but it is one where you can catch the bookmaker napping. That’s because hedging assures you of a profit no matter the outcome of this match! To exponentially increase your profit from this hedging scenario, you can just increase your stakes on both players by the same factor. For instance, place $1000 (instead of $10) on Humbert and $5000 on Fognini to secure a profit of either $5000 or $1500 depending on who wins.