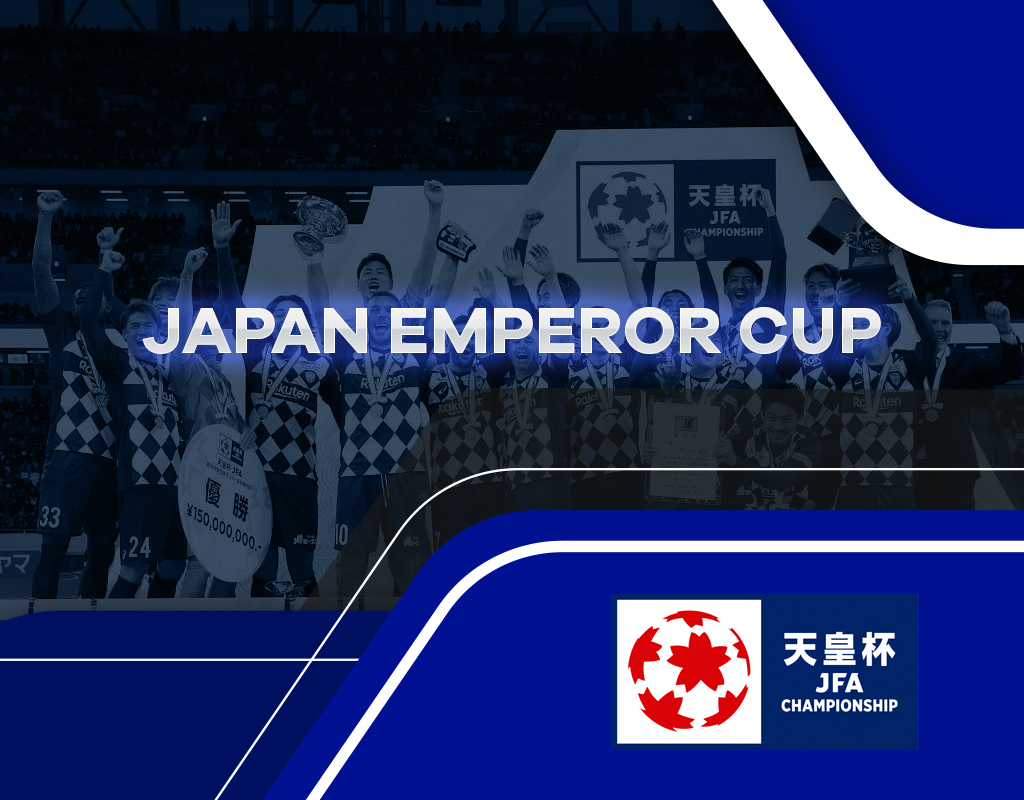 The Japan Emperor’s Cup is a professional men’s soccer competition in Japan. Known by various other names – including Emperor’s Cup Soccer and Japan FA Cup – it holds the longest tradition among soccer tournaments in Japan and most of Asia. Indeed, once upon a time, participation in the Japan Emperor’s Cup was not limited to just Japanese clubs. Before the Second World War, clubs from Taiwan, Korea, and Manchuria’s Empire could compete.

In as far as soccer competitions in Japan go, the Emperor’s Cup is the oldest. It was founded in 1921 when there were practically no football institutions in the country. J.League, Japan Football League, and Japan Soccer (their predecessor) had not been set up. At its inauguration in November 1921, the EC was known as the National Association Football Tournament. It was officially branded the Emperor’s Cup in 1951, with Keiko BRB edging out 13 other teams crowned the official first winner.

1972 was a landmark year for the competition as participation in the EC was extended to all member clubs of the Japan Football Association. In 1996, the tournament adopted its more modern format. From then on, teams from all of Japan’s 47 prefectures could play. The Emperor’s Cup is Japan’s equivalent of the FA Cup in England. Like the English equivalent, the EC is open to all clubs within the Japan Football Association. This includes first, second and third divisions (J1, J2, and J3 Leagues), JFL, regional clubs, and Japan’s top high-school and college teams.

The Emperor’s Cup begins with a qualification phase. Matches to qualify for the cup are played at various times between April and August each year. The knockout stage of the cup commences towards the end of the year. That’s usually in November, with a whopping 88 teams competing. The composition of the teams is as follows:

As a result of the high number of teams involved, upsets, where amateur teams knock out top J.League teams, are not uncommon. They are the spice of the competition. A great example of an upset was Funabashi Municipal (a high school team) vs. Yokohama F Marinos in the 2003/04 season. Yokohama had been crowned J1 League winners – champions of the top men’s league in Japan – and expected an easy ride against the school-going amateurs. Instead, the champions came close to being eliminated from the Emperor’s Cup when the high school side recovered from two goals and took the match to penalties.

The winner of the Emperor’s Cup takes home the trophy as well as a cash prize. Since 2001, they also gain automatic qualification for the following season’s AFC Champions League. The 2020/21 edition of the tournament was the EC’s 100th anniversary. It marked a century of rich history and entertainment for Japanese soccer fans.

Just as the Emperor’s Cup comes with a storied past, there’s an exciting tale with the trophy itself, as well. Back when the EC was known as the All Japan Championship Tournament, the original medal was a token of friendship given to Japan by the English FA in 1919. It remained the competition’s official trophy till 1945 when it was seized by the time’s militarist government and melted to make weapons. Ironically, the weapons were meant to be used against countries, including England. After the Second World War, the modern version of the trophy came into use, although the English FA gifted the Japan FA with a replica of the 1919 version again in 2011.