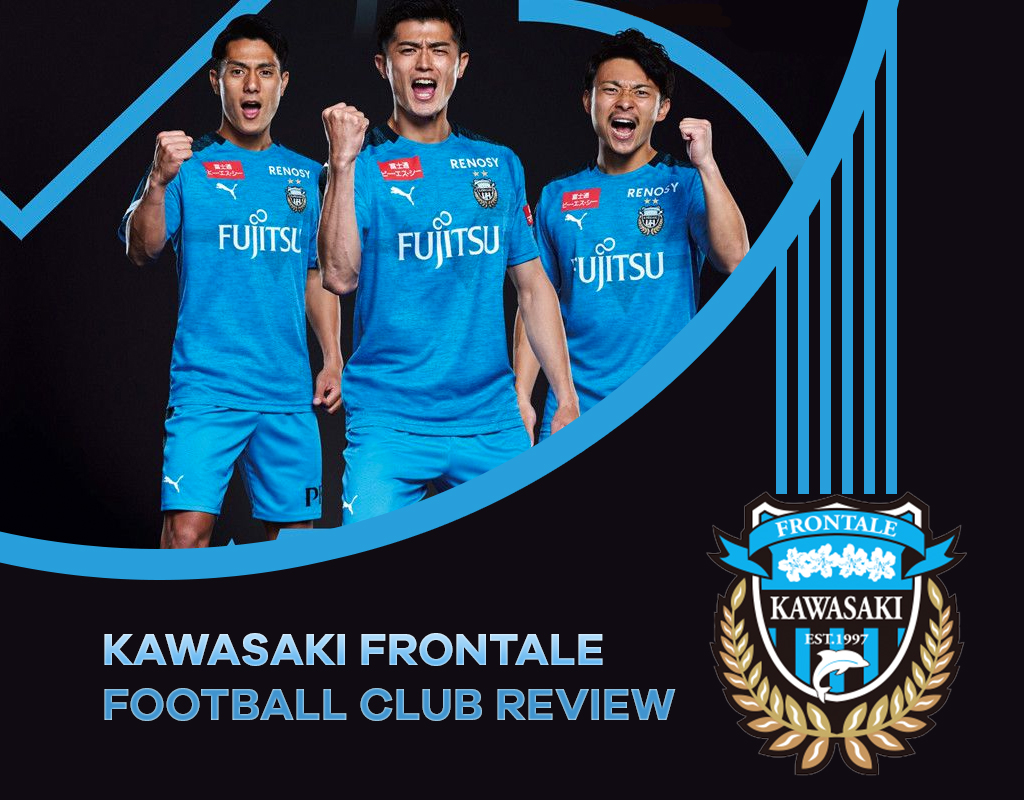 Kawasaki Frontale, sometimes referred to as Frontale, is a professional soccer club based in the Kanagawa Prefecture of Tokyo. It competes in the J1 League, the top level of soccer in Japan. “Frontale” is Italian for the front, which means “front” or “at the front.” Kawasaki Frontale plays its home games at the Kawasaki Todoroki Stadium in central Kawasaki. The multi-purpose stadium, which has a grass surface, has a seating capacity of 26,232. The club’s crest and colors bear a strong resemblance to Gremio, the Brazilian club, owing to close cooperation between the two clubs since 1997. The modern version of the crest also features a dolphin, the team’s mascot. Their main sponsor for many years has been Fujitsu Limited, a Japanese IT equipment, and services company.

Kawasaki Frontale was founded in 1955 under the name Fujitsu Soccer Club. It competed in the Japan Soccer League (JSL), Japan’s main soccer system, between 1965 and 1992. Frontale participated in Japan’s second-tier thrice – in 1972 as JSL Division 2, Japan Football League Division 1 in 1992, and J.League Division 2 in 1999. The club gained promotion to the first-tier JSL Division 1 in 1977 but lasted just a season before relegation. 1997, the club turned fully professional, and promotion to the top flight J1 League followed in 2000. After relegation that year, they earned J1 League promotion again in 2004 and became a force in Japanese club football.

Since 2004, Kawasaki Frontale has maintained top-flight status for 16 consecutive seasons. The club came agonizingly close to winning the J1 League title in 2006 when they finished as runners-up. 2007 saw the club reach the AFC Champions League’s quarter-finals, the premier club competition in Asia. They were only the second Japanese club to survive the tournament’s group stage after Urawa Red Diamonds. 2008 and 2009, the club clinch a pair of second-place finishes in the J1 League, just like in 2006. Forty years since the first tasting promotion to the top flight, Frontale’s long wait for a top-flight triumph finally came in 2017 when they lifted the J1 League trophy.

After winning the title for a 2nd consecutive year in 2018, they would be crowned champions again in 2020. It marked three title triumphs in a highly successful five-year period for the club, during which they also won the J.League Cup and Japanese Super Cup (both in 2019). 2020 was a particularly prosperous year for Frontale as it clinched the Emperor’s Cup and League double. They wrapped up the J1 League title on 25th with four games to go, a new record since the league’s 34-game season format started in 2005. The match was a thumping 5-0 success against Gamba Osaka. The same club Kawasaki Frontale would beat 1-0 to clinch the Emperor’s Cup on New Year’s day in 2021. It was the club’s first time winning the famous cup. As of 2021, Frontale has spent 20 seasons in the top flight, 30 in the 2nd tier, and five in the Regional Leagues.

Kawasaki Frontale has had rivalries with a few clubs over the years. Their fiercest rivalry, called the Tamagawa Clásico, is perhaps vs. FC Tokyo. The two clubs squared off in the old 2nd tier JSL Division 2, being constant antagonists (and protagonists) for promotion in the 90s. Since 2005, they have faced off in the top flight severally. Kawasaki Frontale also has a rivalry with Tokyo Verdy 1969. The main bone of contention between the two, besides sporting competitiveness, is Verdy fans deserting the club to support Frontale in the 90s.