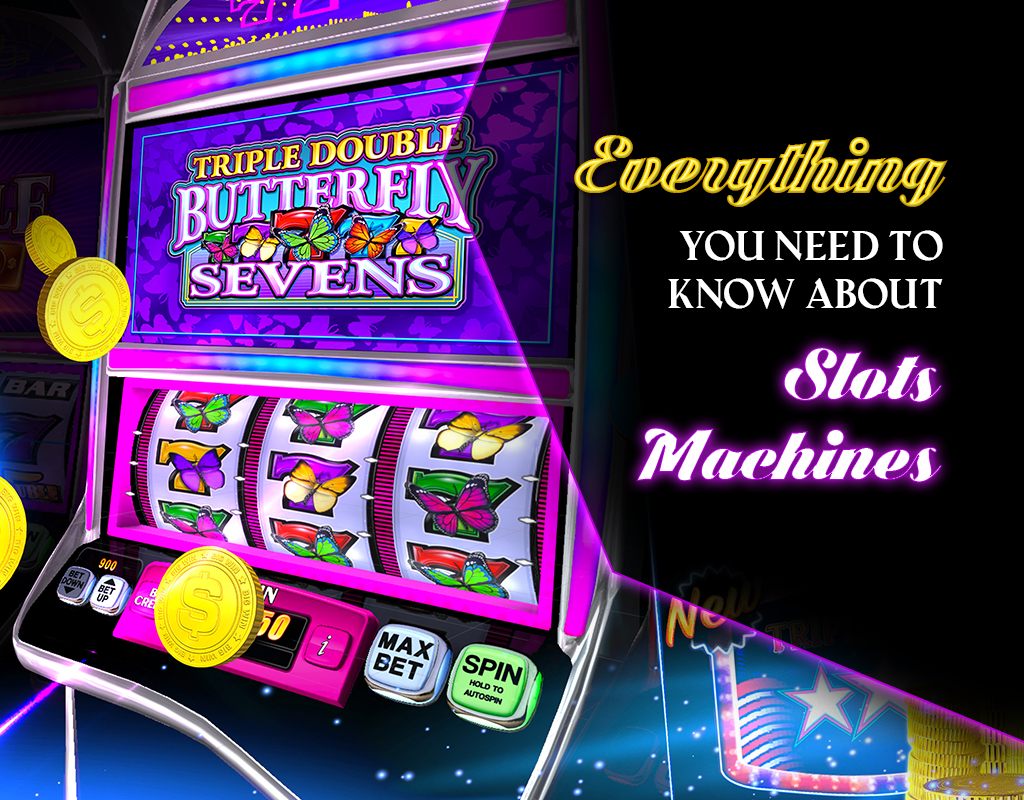 Everything You Need To Know About Slots Machines

It would be no exaggeration to say that casinos – whether land or online – would be far less profitable without slot machines. After all, slots make up in excess of 70% of casino games. Simply put, people love to play the slots. In most countries, including the United States, slots are the most popular game in any casino. In other nations, this may not be exactly true, but the trend is catching up. Table games are slowly but surely losing out to slot machines in the popularity contest. Anyway, before we look further into why this phenomenon is, there are a few things vital to know about slot machines in order to understand them better.

What Are Slot Machines?

Slot machines make up the portion of casino games that are purely reliant on luck. In a land casino, a slot machine is very much a physical device, and usually, for old-fashioned casinos, quite large and mechanical. They can be quite creaky, too. The machine will usually have three reels displayed on a screen, which start spinning when play commences. Play can be started with a button or lever. At more modish establishments, buttons and levers are replaced by touchscreens. Rather than a set of gears clicking into place to operate the reels, the entire system is usually computerized. With online slots at online casinos, it’s all computers, of course. All said and done, the concepts of how to play (and win) remain the same no matter the type of machine.

How/When Do You Win at Slots?

Three-reel slot machines are the most common type there is. They are considered the classic type, with their simplicity lending them an enduring appeal in casinos. That said, there also are four and five-reel machines. Winning is a very simple concept with slot games, but especially the elementary three-reel slot machine. To start with, the player pays the casino to purchase playing credits. Credits are priced differently at different casinos, with those at more prestigious casinos commensurately more expensive. One credit usually equals one chance to spin. Once the player hits the button (or pulls the lever), the reels start spinning, displaying three symbols. There’s a “payline,” a horizontal line on the screen. To win, the symbols have to match on the payline. The ultimate goal is to match three symbols, with symbols of a certain type activating more lucrative wins than others. On a machine that uses digits for symbols, for instance, matching 7’s would usually pay more than matching the same number of 1’s.

Must the player match all three to win? No.

There’s a reward for getting more than one match on any slot machine. Of course, though, the reward is not nearly as big as for three matches (or more matches for a bigger machine). Most players will usually recycle wins from two matches back into playing credits for the chance to gun for the ultimate three-match prize.

Are There Any Strategies For Slot Machines?

Slot games are purely a game of chance. The win probability on slot machines remains eternally unchanged. Much unlike games like poker or blackjack, there are no strategies a player could apply to eat into the casino’s house edge. Not legally, at least! Reliance on fortune does not dampen slot games in any way, however, but instead creates the opposite effect. With no complicated strategies to boggle the mind with, slot games are fun, easy-go affairs with the extra incentive of potential profit-making.