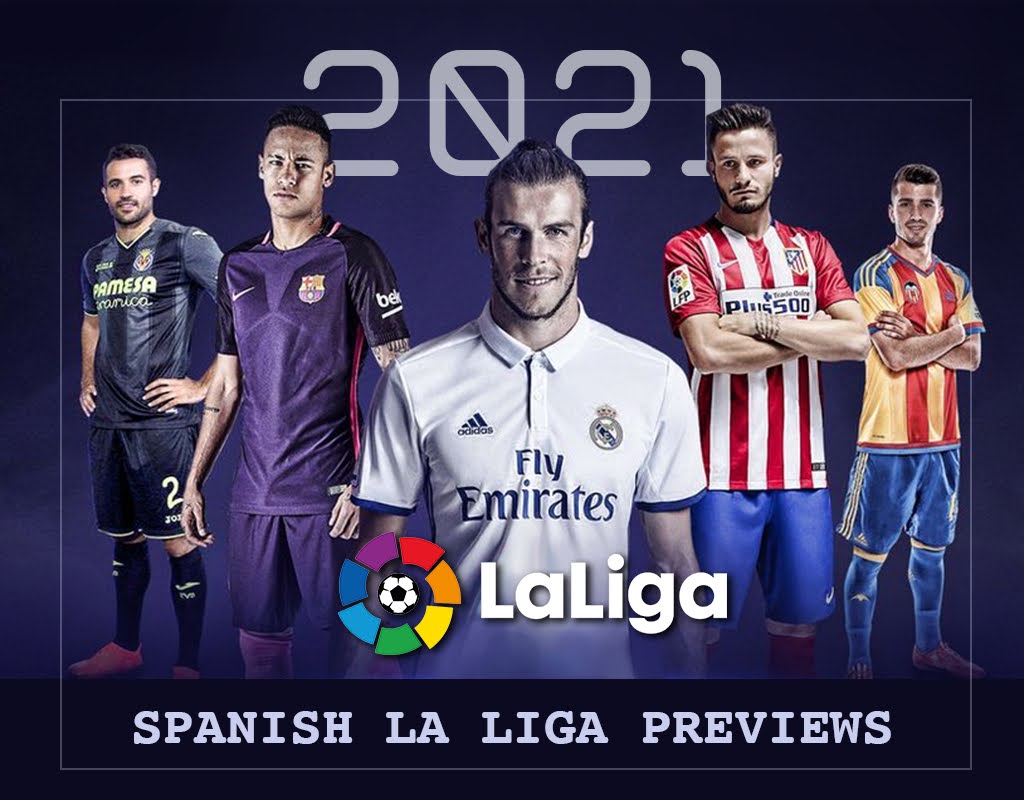 The 2021 Spanish La Liga spans two seasons: the latter half of the 20/21 season (or the latter two-thirds, to be more exact) and the first half of the 21/22. 20/21 has been an unprecedented soccer season in Spain due to events both on and off the pitch. The COVID-19 pandemic, for starters, had a hugely disruptive effect on La Liga and Spanish soccer as a whole. Just as with practically all major European top-flight leagues, La Liga’s indefinite suspension in March 2020 meant no games played at all for almost three months. The play did resume in June, but with a bloated schedule meant to thrash out the remaining fixtures as quickly as possible to not eat too much into the conventional starting dates for 20/21.

The above, along with a shortened break between the seasons, has had a huge effect on the 20/21 season. Teams have had practically no preseason, leading to loss of form and fluke results, especially where the top teams are concerned. Injuries, too, have become all too common. Coming to the end of the 2020 calendar year, several patterns have emerged that look certain to shape Spanish La Liga’s 2021 in many ways. No one can predict the future with 100% certainty, of course, but has there ever lacked a fire where there’s smoke?

While COVID-19 has had an unquantifiable effect on the whole league in general, it has not affected all teams equally. Eyebrows were raised when a newly promoted Cadiz beat Real Madrid 1-0 at the Bernabeu in October and then beat Barcelona 2-1 at home in December. We’ve not seen the last of these mind-boggling upsets. Punters will certainly not enjoy this phenomenon, but football is no longer an even field. At least not in the way big teams are used to. The more established teams, such as Real Madrid, Barcelona, and Atletico Madrid, have some of the best players in the world – certainly better players than the league’s minnows. One would think that this automatically gives big teams the advantage, but there are big downsides to it.

The best players are the ones who go away to their national teams for international assignments. They play in many more competitions, such as the Champions League and Europa League, creating a huge workload. It’s draining and exposes them to higher injury risks while favoring smaller clubs. Add all that to the pressure of playing at huge clubs, compared to smaller clubs with less ambition and less illustrious reputations to uphold. Combining the above with the COVID-19-occasioned lack of preseason, fixture congestion, empty or (emptyish stadiums) and player absences due to illness (many players have caught the virus, taking time off to recover), it shouldn’t baffle anybody when performances and results continue to be fickle. Soccer is about fitness as much as anything else. The situation in Spanish La Liga currently favors underdogs, setting them up to have a go at big teams and get results. And depending on how the pandemic affects the first half of 2021, La Liga’s current peculiarity may affect the 21/22 season just the same.

Lionel Messi Under The Spotlight

What Will Leo Messi Do Next?

It seems to be the eternal question where the mercurial Argentine is concerned. Will he hit another hat-trick, break a new record and inspire Barcelona to more and more great wins? Will he lead them to the Spanish La Liga title in 2021, having missed out on Real Madrid in 2020? Or, will he down his tools, which would lead to Barcelona facing 2021 like a car without an engine or a toothless lion? He was, after all, hellbent on leaving the club in the summer–only to be forced to stay due to a contractual technicality. No one knows what’s to happen with Leo. What we do know is that his unsettled situation in Barcelona has affected them. It will likely continue to undermine manager Ronald Koeman’s valiant (but not too successful) attempts to bring the club back to its glory days.