As it stands, fans and bettors can finally breathe a hearty sigh of relief that the long-await UEFA Euro 2020 games aren’t in danger of being postponed again. With mere days to go till the referee’s whistle goes off, right now is likely the best time to start laying out your winning strategy for the games to come. With various, rather significant changes to how the European Championships will play out in this edition, there is much for you to do before you can even think of placing your first bet, that is, if you want to do this the right (and profitable) way. To reemphasize, every little change made to the standard operation of the Eurogames can have a lasting ripple effect in the long run. A few changes to keep in mind include;

The competition just got more dynamic as a recently introduced rule will allow the top 4 teams to be placed in the third position in the respective groups to proceed to the next round. Even with the other groups, the new circumstances under which this tournament will be played will influence various degrees. However, in the “Group of Death,” aka Euro 2020 Group F, even one of these variables can be what puts the entire competition on a completely different trajectory. In a four-way face-off that involves France, Hungary, Portugal, and Germany, if you’re looking for a group to pick easy winners, you’re in the wrong place. So instead, following careful, extensive, and exhaustive deliberation of various parameters, see how events are likely to go if the games hold as things are at the moment.

For The France-Germany Match In Euro 2020 Group F

The first match in Euro 2020 Group F will be the firecracker between Germany and France. With Emre Can, Ilkay Gundogan, Mats Hummels, and Timo Werner on the one hand, Kylian Mbappe, Karim Benzema, Paul Pogba, and Kante N’Golo on the other, Allianz Arena is sure to be on fire on the 15th of June. The Germans might be playing on home ground, but that mightn’t be enough to stop their defeat at the hands of Didier Deschamps’ men.

For The Portugal-Hungary Match In Euro 2020 Group F

Marco Rossi has a solid defensive side. What’s more, this match will be in Puskas Arena- Hungary’s home ground. But all of this might prove ineffective against Cristiano Ronaldo, who is gunning to break the highest Goalscorer record on what might very well be his last chance. With the likes of Bruno Fernandes to worry about as well, Hungary is staring a sure loss in the face.

For The Germany-Portugal Match In Euro 2020 Group F

Germany may have what it takes to beat Portugal, but again, the Ronaldo effect will determine a lot. Hansi Flick will have to use every trick in the book and write a new book altogether if he wants his team to survive this encounter on a triumphant note.

With the position of first and second to be fought out between France and Portugal, a highly motivated Germany will do whatever it takes to seal the third spot for themselves, leaving Hungary out in the cold.

It concludes our preview of all groups. We’ll be bringing you a more in-depth analysis of each team next, so much sure to check back later! 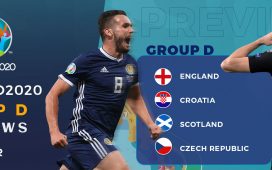